Much has been written about awesome heroines.  Princess Leia, Lara Croft, and Wonder Woman get the limelight, but anyone who’s pop culture savvy already knows how great they are.  This list features heroines from TV series, movies, and books that don’t always top the charts.

Marion Ravenwood is the most badass of all Indy’s girlfriends.  Besides not being a ninny or Nazi, Marion outsmarts and outdrinks the bad guys. 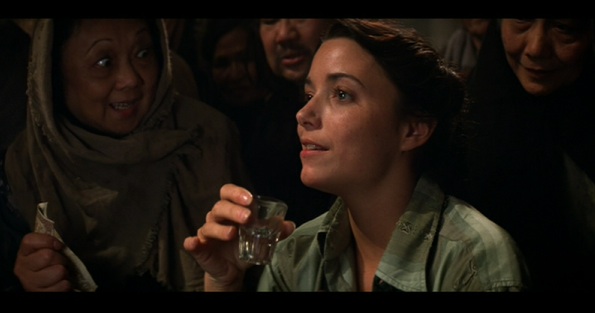 Idgie Threadegood (Fried Green Tomatoes) befriends homeless and African-American customers at the café she owns.  She’s also an “out” lesbian (more so in the novel than the film version) and rescues her partner from an abusive husband.

Scout Finch (To Kill a Mockingbird) is another amazing heroine from 1930s Alabama.  Atticus raises her to think for herself and she doesn’t give a damn what her ignorant neighbors think.  Also, she won’t wear frills―not because she’s rebelling against the system, but because playing outside in a dress sucks.

Arya Stark and Daenerys Targaryen (A Game of Thrones)  fend for themselves in a medieval, patriarchal world.  Even better, Arya fights with a sword and Danerys has dragons.  Maybe I’m just a nerd girl, but…sniff sniff…I want a sword and some dragons…

Death from Neil Gaiman’s Sandman series lives up to her name―on her own terms.  Instead of the Grim Reaper, Gaiman’s Death is a spunky goth chick who can intimidate the Furies and still have a heart.  Death also has a floppy hat collection and two goldfish named Slim and Wandsworth  Never though I’d say this about “death,” but how cute (in a weird, Helena Bonham Carter way).

Zoe Washburne…no, wait―the entire female cast of Firefly…or just make that every female character invented by Joss Whedon.  Zoe gets the limelight because no matter what kind of mess she and the Serenity crew are in, she stays cool and rarely misses a shot.

How can this list be complete without a girl who’s badass for her brains?  Hermione Granger is a klutz on a broomstick, but without her clever resourcefulness Harry might have met an untimely demise, prophecy be damned.