Emma Stone and Rosario Dawson showed up in leather-like dresses with runches that settled perfectly around their curves. [Also: keep an eye out for Emma Stone—it looks like she’s the new Lindsay Lohan (pre-coke). The husky-voiced redhead is set to star in a few dramas and indie comedies with big names in 2011 and 2012. And this fall’s Easy A looks like it’ll be too much fun.]

Sofia Vegara– Who can say no to form fitting glitter? Wow.

Love the pumps, too-- similar to Rosario's and Emma's above.

Florence Welch (of Florence and the Machine)

I love the old-school glamour of this dress, and am humored by what appears to be a zipper going down the middle.

Everyone is asking: Did Lady Gaga’s meat dress make a statement? Or was it tasteless? My verdict: statement. If everyone is going to cut all of the attendees up for what they wear, like a piece of meat, why not actually wear a piece of meat? Brilliant! Tongue in cheek! She’s making fun of herself! And the rest of them! And critics like me! I’m even making fun of me! I get it.

I sincerely hope she's wearing a leotard under there.

As per usual with the VMAs, lots of men showed up in casual wear—jeans and jackets—but made it classy by going all-black. Lots of the boys, like Usher and Justin Timberlake, tucked their pants into boots. New trend? 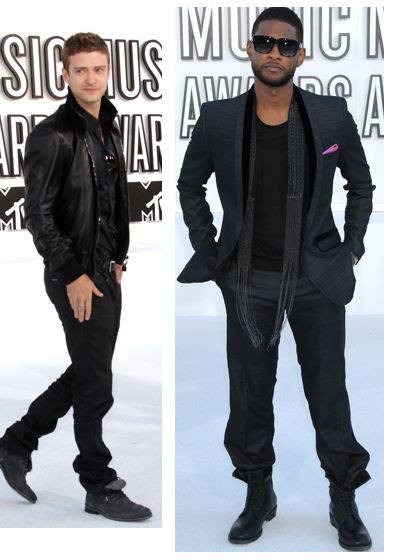 Not sure how I feel about Usher's scarf, though...

But Ne-Yo bucked the all-black trend quite nicely. 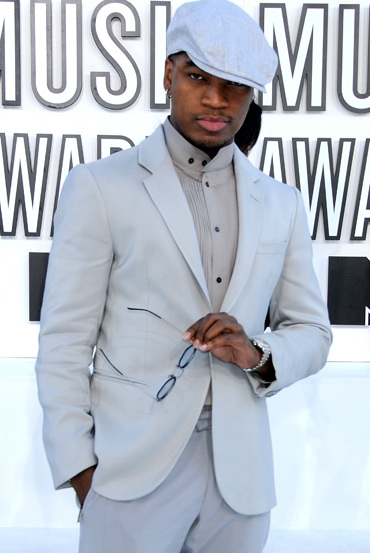 Katy Pery managed to be overdone and barely clothed. 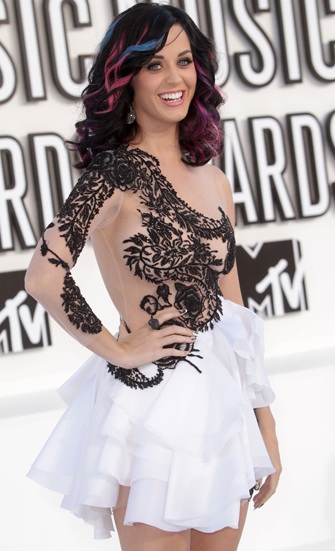 Audrina Partridge of The Hills did too much of a good thing: Sparkles are always awesome, but the belts and the ringed shoes seem more appropriate in a spaceship. In a 60s movie.

But what do YOU think? Did you like the knickers? The space shoes? Hate Florence’s zipper? Comment away!